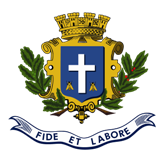 Our school crest with the Latin words ‘Fide et Labore’ (Faith and Toil) inscribed prominently in the banner, was created in 1882 by the Fathers of the French Foreign Mission.

Both ‘faith’ and ‘toil’ are intrinsic to the school’s ethos: We believe that ‘faith’ in God and commitment to one’s fellow men is the rock on which society rests, and ‘toil’ is imperative to growth and progress. The palm leaves symbolise victory and they hold up the crown and crest with a shield bearing a cross in the centre - symbolic of Christian faith. The crown is a well regarded symbol of authority, prestige and honour. 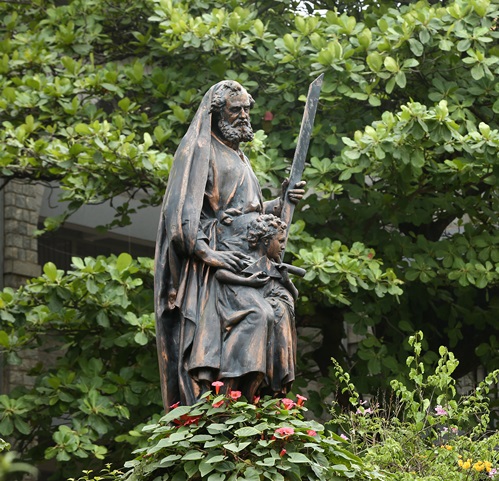 Our Patron is St Joseph’s and his magnificent statue situated in the central garden occupies a place of honour and pride in our school. St. Joseph - the foster father of Jesus – was a man of his word. A carpenter by profession, he toiled away at his craft while protecting his family. He had tremendous faith in God and saw himself as one with his fellow beings. Hence our motto – ‘Faith and Toil’, reflects his persona.

We look to him to motivate us in our daily lives, to influence our thoughts and to awaken our best instincts. In him we trust. 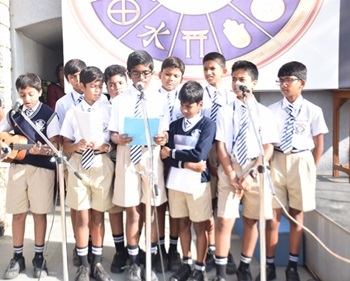