Jesuits seek to nurture ‘men and women for others’ and have dedicated their lives to the good of all humanity. Education is the cornerstone of their philosophy, and Jesuits are widely known for their schools, colleges and universities around the world. 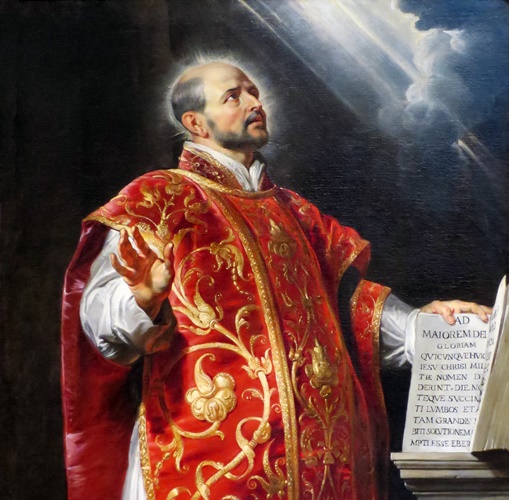 The Society of Jesus (SJ) is a Roman Catholic order of priests, founded half a millennium ago by St Ignatius of Loyola; both preachers and scholars are counted in their ranks.

Ignatius, a Spanish soldier and aristocrat, established the Society of Jesus in 1540, instructing the early Jesuits to go out and find God in all things, firm in the conviction that God is active in our world. It is not meant to be merely an inward journey, much less a self-absorbed one, instead it aims to bring people closer to God and more deeply into the world - with gratitude, passion, and humility.

St Ignatius realised that systematic education had far reaching influence in bringing about real change in society and so he made education the mission of the Jesuits.

From the 16th century onwards, Jesuits were called the ‘schoolmasters’ of Europe and their influence soon extended to other continents. By 1750, 30 of the world’s astronomical observatories were run by Jesuit astronomers and 35 lunar craters were named to honour Jesuit scientists. They had their names attached to scientific inventions, medicinal plants, linguistic research and so on.

In India, the Society of Jesus is responsible for more than 150 Schools and Colleges in which over a lakh young people - belonging to every social class, community and linguistic group - are being educated through the medium of English and different regional languages. These institutions are part of the Catholic church’s efforts to share in the country's educational undertaking, in service to the country as a whole.

With 16,000-plus priests, brothers, scholastics and novices worldwide, we are the largest male religious order in the Catholic Church. Jesuits serve where the need is greatest, both physically and spiritually.

The Vision of St Ignatius
Jesuits follow St. Ignatius of Loyola who took inspiration and guidance from the life and teachings of Jesus Christ. Preparing young men and women who will go out in the service of others - especially the poor and oppressed - is the cornerstone of our educational philosophy. Academic excellence, faith and fellowship are present in everything we do.

The main tenets of Jesuit education that steer us are:
Our primary motto: ‘Men for others’ is as important today as it was 500 years ago. It teaches one to put others’ needs first and develop humanity above all else. ‘Care of the whole person’ (cura personalis in Latin) calls for respect and dignity for all, as children of God.
Ad Majorem Di Gloreim (AMDG) – ‘for the greater glory of God’, directs even our smallest gestures.
Magis (‘more’ in Latin), is the ‘striving for excellence’ that is critical to growth.